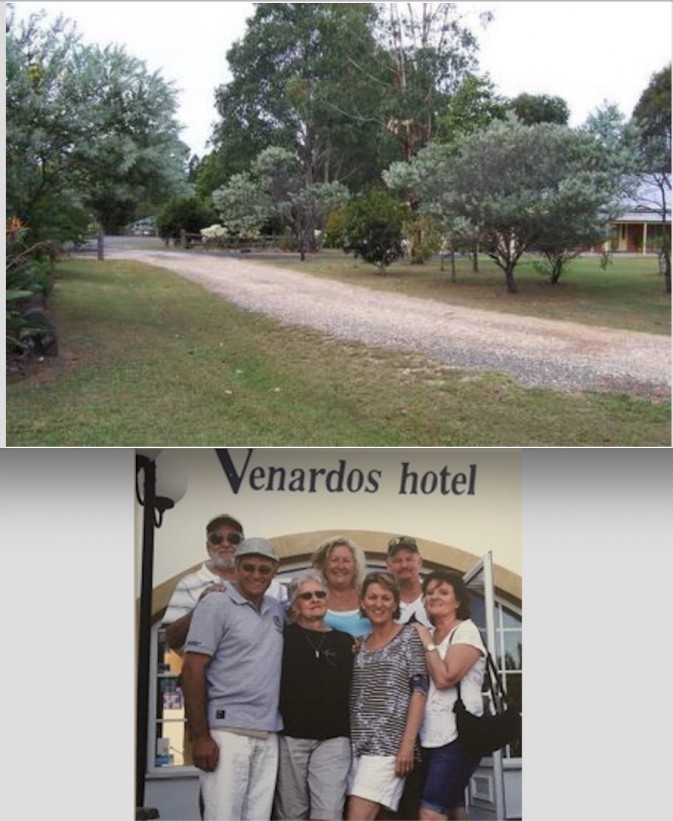 Kythera Park, is a residential housing estate, with each block on several acres.

The estate is on the main road leading to Nymboida.

The development was undertaken by Denise and George Bernard, son of Peter Bernard (Karavas).

He is believed to be related to the Aroneys of Murbah. His son Arthur still lives in Grafton.  George is enjoying annual trips to Kythera with his wife in retirement.

The brothers in partnership then  built, and George managed  the Camden Lodge Motel in Villiars Street Grafton.

Peter Bernard was Deanna Psaros’s (Inverell) Nono, in fact she was christened at the Cafe. Subsequentley he was the best man at her wedding to Peter McCarthy in Inverell in 1962. The McCarthys moved to Grafton in 1964, at which time Peter had retired and the shop was run by his sons George and Arthur.