One of the many slides displayed by Professor Robert Hannah 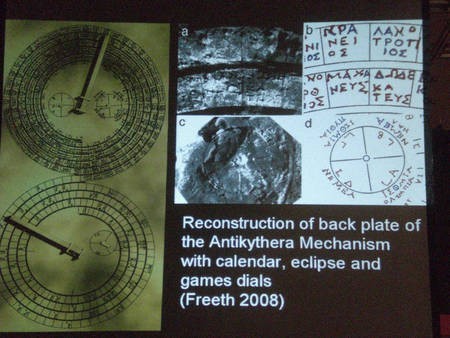