The massive Heidelberg printer, at the KWHF's Australian printers 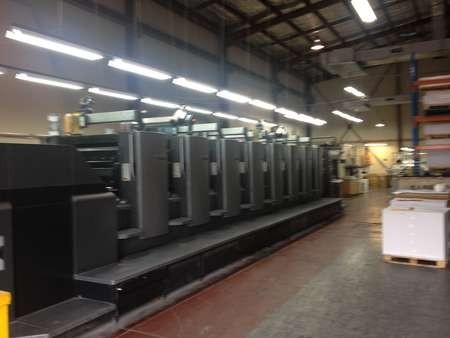