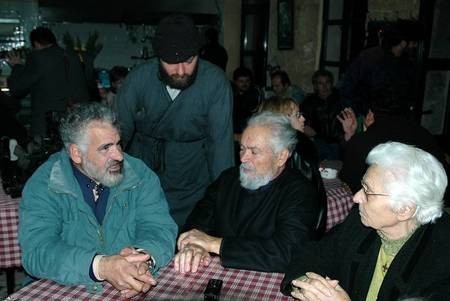 294:the priest in the middle and the woman on the left are my mum and dad.Pater Evangelos and presvitera Eleftheria Sklavos.