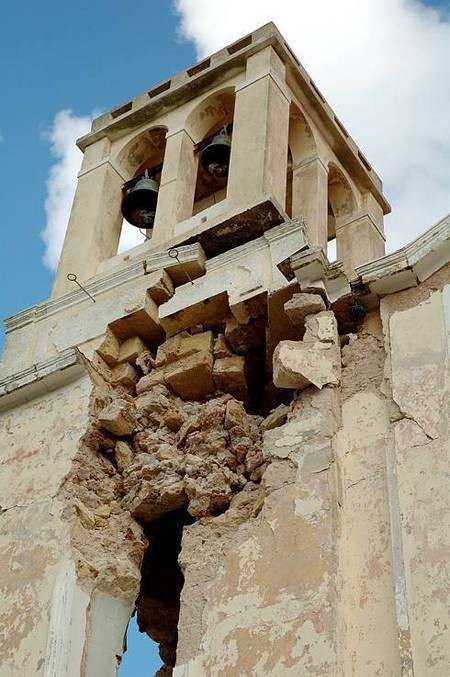 The whole tower could come down at any moment, with the upper part essentially supported on a single crumbling pier. The rubble-and-mortar construction, largely responsible for the collapse of the building, is clearly visible.