Harry Aliferis on a fishing vessel at Neapolis, early 1930's. 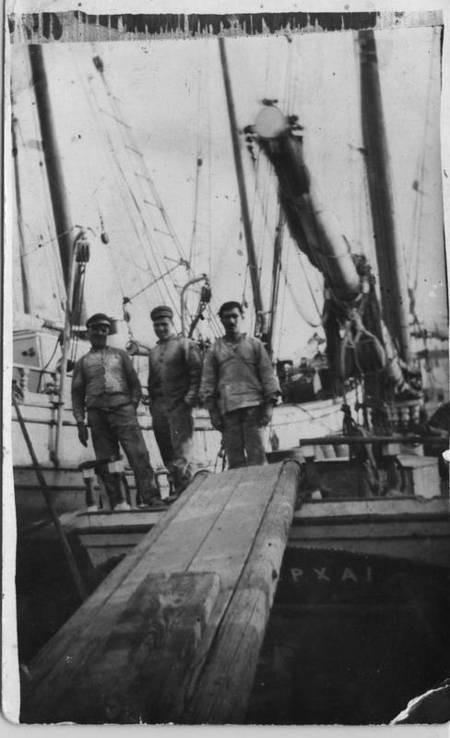 Harry is the strong young man in the centre. He would have been about 19-20 years of age at the time.

I include this photograph because a number of Kytherians would have worked on such boats prior to WWII.

It would be interesting to see photographs of those boats, etc etc.

The whole "sea" culture that derives from being a small isolated island has barely been explored at kythera-family to date
(Oct, 2004).

Another entry at History, subsection, Archives/Research outlines a brief biography of Harry Aliferis: